What To Know About Treating Gum Disease 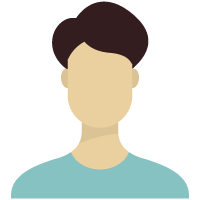 What To Know About Treating Gum Disease

Do you have redness and inflammation in the parts of the gums that surround your teeth? This is known as gingivitis, which is a form of gum disease. However, this is not the only symptom of gum disease, since you may have tenderness, bleeding, or even shiny-looking gums. Gum disease can even be tricky and hides its symptoms, especially if you are a smoker. That's why it's important to know the following things about treating gum disease if you have it.

The good thing about gingivitis is that it is a reversible and curable condition if caught early enough. It involves making sure that you are diligent about your oral hygiene while at home, which includes regular brushing and flossing. Moving the brush over your teeth is not enough, since the bristles should be angled so that they go into the gum line and remove that plaque that is hiding in there.

If you do not floss because it causes your gums to bleed, know that the bleeding is likely due to not flossing regularly. This is due to the plaque along the gums that actually triggers an immune response, which makes them swell and bleed easier. Regular flossing will make the gums tighter and firmer, which causes them to bleed less.

It's also important that you regularly visit your dentist to stay on top of gum disease. This is due to the plaque under your gums that turns into tartar, which is a hard material that is not going to be removed by regular brushing. That tartar triggers the same immune response as plaque, but you can't easily get rid of it, so it continues to make your gums worse over time. Having your dentist remove the tartar will help your gums heal.

If you have avoided going to the dentist for a very long time, it's possible that you will need more than a typical cleaning at your dentist to get rid of the plaque. The dentist will recommend a procedure known as scaling and root planing, which is a more in-depth cleaning that takes more time. You'll likely need to go to the dentist two times to get it done since your mouth is numbed for the procedure and the dentist typically does half of your mouth at a time.

Reach out to your dentist for more information on preventing and treating gum disease.